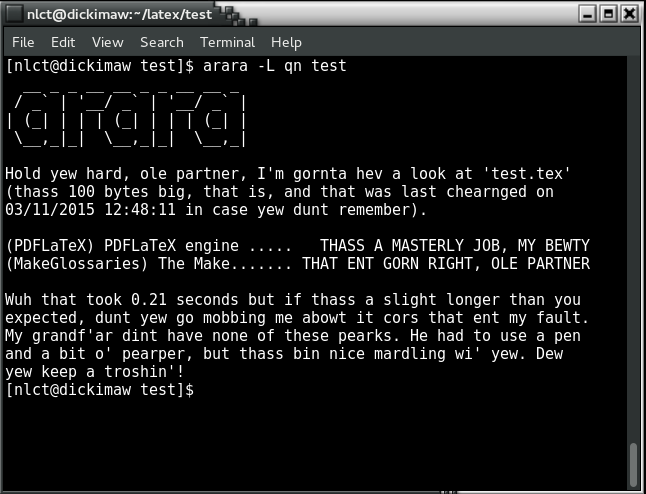 In this example, I created a test file (called test.tex) that has the pdflatex and makeglossaries directives, but there’s an error in it that causes the call to makeglossaries to fail. This is reported by arara in the message displayed in the terminal, but I’ve invoked arara with -L qn which indicates the Broad Norfolk localisation setting. So the messages are written in that dialect:

(The first line is the command line prompt.)