If you have a small screen, you may prefer to switch on the small image setting. 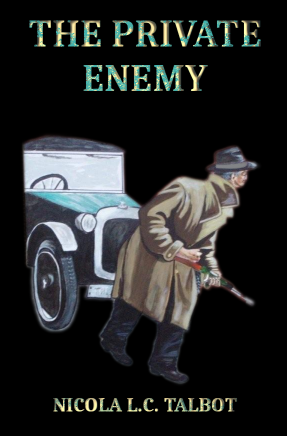 In the Fenland area of Norfolk, the last Earl of Wynherne is found dead on the study floor of his Gothic mansion. His daughter is missing, having run off after stabbing the seemingly respectable Mr Allerton in the leg. Detective Inspector Charles Hadley and his partner Detective Sergeant Sarah Fenning are called in to investigate, but in this retro world of gangsters and corrupt city police a wrong move could destroy the fragile alliances and trigger war after thirty years of uneasy peace. This novel is set in a future where the Anti-Technology League collide with demands to restore former levels of technology, rival gangsters battle for dominance, and government agencies are determined to reinforce their message that the world is united in peace and prosperity — by any means necessary. Into this mix comes the last of the Coulgranes of Wynherne, hell-bent on revenge.